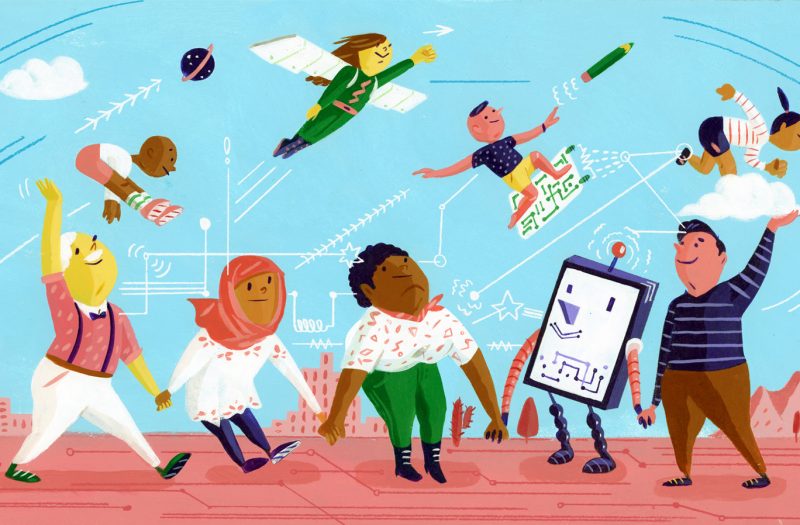 X Æ A-12. For some of you this may seem like a code or weird Latin word. But it is not. It is the name of the newborn child of Elon Musk, as many calls him, modern Iron Man. He does not only give his children exceptional names, but raise and educate them in revolutionary way. As Elon Musk considers traditional education where children go to school at the age of 6 study 11-12 years, then college, then masters etc. ineffective and insufficient, he started a school called Ad Astra, meaning “to the stars”. Right now, this school accepts talented children of his employees only. In Musk’s skill-based education system, there is no class division based on age, instead classes are based according to interest areas. For example, children regardless of background, age and education level are combined in one classroom to get practical knowledge on whatever area they are interested, be it engineering, arts, music etc. His only conditions on accepting students are “commitment, ambition, and originality”, says Musk.

However, Musk is not the first leader who understands the inability of traditional education system preparing children for the future. Ataturk, great leader who recovered the Turk nation from its ashes, very well understood the role of education in the foundation of a great nation. He understood that his job as a leader was well beyond strengthening military and changing regulation system from empire to republic. Ataturk was dedicated to creating a powerful education system where children do not just “go to school”, but really get educated. One small, but effective change he made in the education system was introducing to the school curriculum a very interesting reading “The land of white lilies”, written by Gregory Petrov.

Why this book specifically? The book describes how Finland, the land of white lilies, transformed as a nation enslaved under Russian and Swedish regimes to a highly developed and recognized country. How? Firstly, by not standardizing the students. You may have heard “every student is different” cliché, but how many teachers, professors really get the meaning? In Azerbaijan and most parts of the world, if a student has bad grades in math his/her parents hire a private tutor to improve the grades.
Is this really a proper solution? Would it work if Shakespeare’s parents insisted on him mastering math and spending hours in understanding math problems instead of reading poetry or going to theater. Would not it be better to spend additional time and effort on mastering something you are skilled to rather than learning something you were not born to do? Finnish education system is mainly based on this idea of treating each student differently and making them best version of themselves. Not engineers, not doctors, but best of what they want to be.
In Finland they are not testing students subject to “internationally developed standards”. Instead each class assessment, how they will study the course, which topics will be taught, how each topic will be delivered is decided by teachers who know the students better than anyone, their skills, needs and interest areas. As a result, Finland prepares self-aware individuals who know themselves, what they want to achieve, and how they will contribute to society, whereas, most of the world struggles in finding ways to make their children get better math grades.

Think about it for a moment. What would happen if we sent a child who loved drawing to the art school to learn more about art, its techniques, its history. I am not saying we should decide what children will do for the most of their lives when they are 5 years old. Of course, their passions, dreams and capabilities will change over time. But we need to give them freedom to try new things, to find themselves. My mother firmly believed in the benefit of having knowledge in diverse areas. She sent me to dance school, music school, swimming, chess and drawing classes besides going to school. I remember that most parents told her that these activities were distracting me from school and will make me fail classes. However, to this day I owe everything in life, my work discipline and success (I have 3.75/4 GPA), my diverse interest areas, ability to look things from completely different angles to my mom pushing me to try new things.

Nevertheless, very few people are as lucky as me. In Azerbaijan we have vocational schools where people can get education in very specific areas that requires skills rather than knowledge such as technician, web designer, accountant etc. This idea of specific – skill based education like that is brilliant and very effective in my opinion. These students have a chance of getting more practical knowledge in their areas which is very important in 21st century where most employers are looking for experienced candidates rather than 10 years of education with no experience.

However, the problem is that in Azerbaijan most people go to these schools, because they could not get into university due to failing state exam, not because they are passionate about these careers and when you say “I have graduated from vocational school” what people think is what a pity you did not get a college education. Fortunately, this trend is always changing. Despite the fact that vocational schools lose their reputation day by day, now we have more modern version of vocational schools in Azerbaijan, like Code Academy. This is a very popular school/academy among young people who want to learn graphic design, coding, system administration and related fields. What is special about this academy is that it forms professionals, not high GPA students.

A special curriculum focused on practical knowledge, mentorship opportunities for students to find what they are most skilled at, a chance to retake the courses they not feel ready enough distinguishes this academy from universities and other courses that are available.

I had a friend who merely scored the state exam passing grade, got into university to the International Relations major, then failed at that university and transferred to another one with Business major by having taken 16 additional classes due to the switch of major. But one day he saw Code Academy advertisement and the next thing he did was applying to the academy. He studied there 8 hours a day, came home only to eat and sleep, spent all of his additional time in learning more about his passion. Now he is a graphic designer of one of the major football clubs in Azerbaijan. He found his passion at year of 20. But if he had a chance to practice graphic design instead of studying for standardized state exam, he would not have wasted his 3 years at college.

All the things I have talked about were bad news regarding education in Azerbaijan and the world. The good news is that world is changing. People understand the importance of skills and how effective they are in developing a better educated and contemporary labor. With the unfortunate, but necessary nudge by COVID-19, world quickly shifted into online education. Websites like Coursera, Udemy, Masterclass, LinkedIn Learning became as popular as they have never been before.

More people prefer developing themselves and enhance their knowledge by self-education rather than spending decent amount of money at universities and tutors. Applying students just must complete few hours of course to obtain a certificate on any area, instead of months of conventional study with outdated materials. These online courses offer people great deal of choice on what they want to learn, how they want to learn – videos, articles, practical exercises and when they want to learn. Even exams on these courses are not theoretical, but project and assignment based. This flexibility in terms of methodology is expected to close the era of offline education and replace it with a new type of skill-based education system.