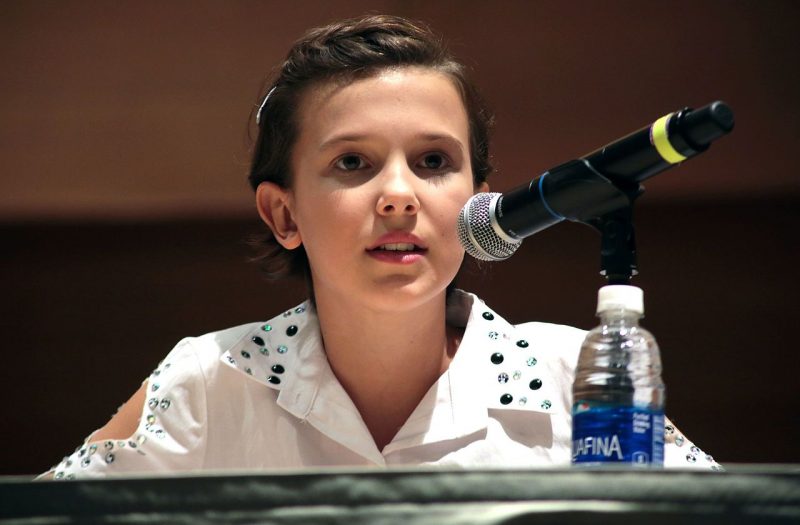 In 2013, Brown made her acting debut as a guest star in the ABC fantasy drama series Once Upon a Time in Wonderland, a spin-off of Once Upon a Time, portraying the role of Young Alice. In 2014, she had a starring role in the BBC America paranormal drama-thriller series Intruders as Madison O’Donnell. She then made guest appearances in the CBS police procedural drama NCIS, the ABC sitcom Modern Family, and the ABC medical drama series Grey’s Anatomy.

In November 2016, Brown starred in the music video for Sigma and Birdy’s single “Find Me”. Since November 2016, she has appeared in commercial advertisements for Citigroup. In January 2017, she made her modelling debut in Calvin Klein’s By Appointment campaign. The following month, she was signed to the agency IMG Models. She appeared in the campaign of the Italian brand Moncler in the summer of 2018.

In January 2018, Brown was cast to star in and produce the film adaptation of Enola Holmes Mysteries, as well as voice in Darren Aronofsky’s virtual reality experience Spheres: Songs of Spacetime. On 20 April 2018, she was named one of the 100 most influential people in the world by Time magazine, becoming the youngest person ever to be included in the list. and on 20 November 2018, it was announced that she had become the youngest person ever to be appointed a UNICEF Goodwill Ambassador.

In November 2018, EA Games announced that Brown collaborated with The Sims 4 programmers to feature in the Sims 4 Positivity Challenge. She was named by Time magazine as one of the most influential teens of 2017 and of 2018. In 2018, The Hollywood Reporter named Brown among Hollywood’s top thirty stars under age eighteen.

Brown made her feature film debut in 2019, in the sequel to Godzilla, titled Godzilla: King of the Monsters. She will reprise her role in Godzilla vs. Kong. In March the same year, it was announced Brown will be starring in the film adaptation of The Thing About Jellyfish by Ali Benjamin as Suzy. Also in March 2019, she became the ambassador of UEFA’s Together #WePlayStrong campaign.